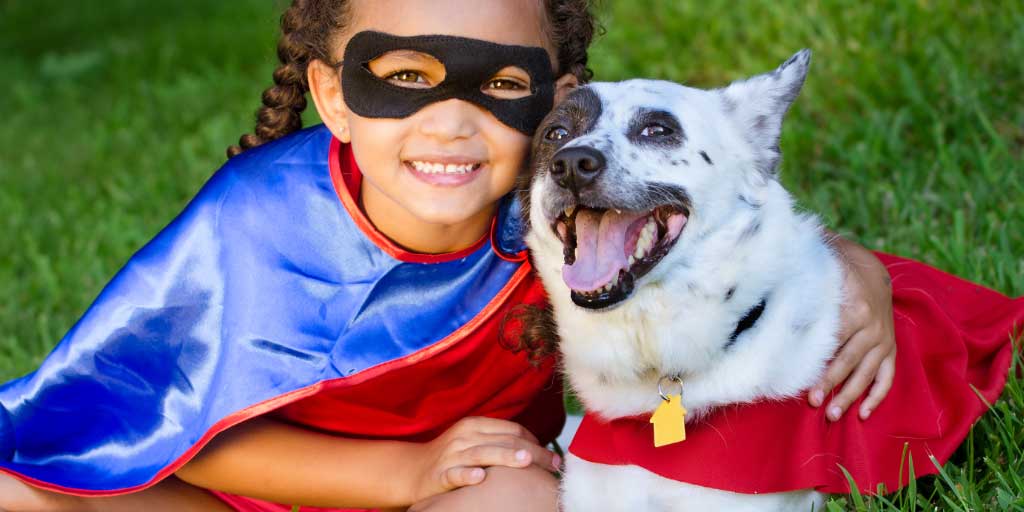 “I am happiest when my human is happy with me. There isn’t anything that I wouldn’t do to see my human smile. If ever my human is in trouble, I’ll be there. I’ll do anything and everything I can for my human.”  — no hero, just a loyal pet

All pets are heroes in their own way…

As the month of May passes us by we put behind the celebratory tribute to National Pet Month. We want to take this opportunity to, once again, spotlight the true value of our amazing pets and their unencumbered dedication to their humans by featuring many awesome heroic acts from even the least expected of family pets.

Mid-November of 2014 saw the reunion of an injured soldier and his furry partner after over a year of separation. Army Specialist Brent Grommet and his U.S. Army trained German Shepherd Matty were both injured when an IED exploded near them in Afghanistan. They returned home from Afghanistan in July 2013 but were separated shortly thereafter. Thankfully, through connections, Grommet and Matty were finally reunited. Grommet, who was suffering from PTSD, said, “Matty will be the best medicine for all [my] war injuries.”

Jumping to April of 2015, there emerged a story about Axel, the service dog. Axel’s story begins with his friend, Marine Veteran Jason Haag. Haag served three tours in Iraq and Afghanistan and was awarded with numerous awards (including the Purple Heart). He was wounded multiple times while overseas; however, he said that his “toughest battle had yet to come.” When he returned to the United States, he suffered from PTSD. After some trials with prescription medications, he decided to go for a service dog. That’s when he met Axel. Axel was one week away from being put down. Haag says, “It turns out, all [we] really needed was each other.”

Companion pets and service animals are particularly helpful for people coping with PTSD. You can read more about K9 Veterans here.

These heartwarming stories remind us that heroes come in all shapes and sizes. Even beyond that, heroes can be our furry pets that show acts of courage, loyalty, and companionship.

Take the story of the half-wolf, half-German Shepherd Shana. In October 2006, Eve and Norman Fertig, both 81-years-old, were trapped behind a giant tree in a building that was 200 feet away from their home. Shana began digging beneath the tree and snow with her claws and teeth to create a path. Then, she carried Eve on her back to their house with Norman closeby. Because there was no heat or electricity in the house, Shana laid on top of the couple to provide them with warmth. For her bravery, Shana received the Citizens for Humane Animal Treatment Hero’s Award – an award that is usually granted to humans.

Now, don’t be misled by the notion that only dogs can act heroically. Even the smallest of packages have proven to be brave and compassionate beyond their size.

Take for example the story of Blazer, a pet rabbit of Jake and Mary Pruett. The pet parents allowed the bunny to roam freely in their home, which proved to be a life-saving decision. In the middle of the night, Blazer became aware of a gas leak. The bunny made her way up to the bed and pawed Mary awake. As soon as Mary woke up, she smelt the gas. She woke up her husband and they were able to leave the house just in time.

Or what about the story of Cleo, the pet cat of Nancy Cowen? Cowen rescued Cleo 8 years prior and the two grew very close. However, when Cowen moved into an assisted living facility, she left Cleo with her neighbors. Cleo set off in search of Cowen and eventually found her. The faculty at the assisted living facility decided to let the pair be with each other. Cleo and Cowen have been inseparable since and Cleo’s heroic act of companionship has allowed Cowen to lead a happier life.

Heroes come in so many different forms. From the strong dog to the assertive bunny to the loyal cat, the spectrum is endless. How amazing pets are. They go above and beyond to ensure that we are safe and happy. It’s important for us humans to realize their value and magnificence. If you have the time and finances to be a responsible pet parent, consider saving an animal from a shelter. Who knows? They may end up saving you.

Do you have a story of courage or companionship to share? Tell us about it.