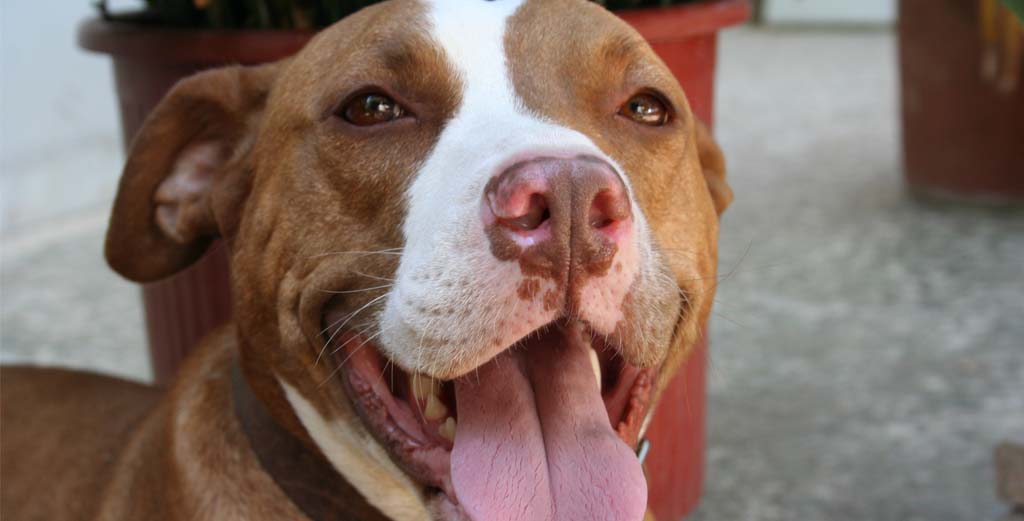 “My past doesn’t determine my future, but it can help you to understand me. I love deeper than you realize — I’m no different than any other dog. I just need a special someone to accept me for who I am, and teach me right from wrong.” –  misunderstood pittie

Pit Bulls To The Rescue

Lilly dragged her unconscious owner out of the path of an oncoming train. Elle won 2013 Dog of the Year for her work as a therapy dog in North Carolina where she helps children learn dog safety and helps people overcome their fear of dogs. She also participates in a therapy dog reading program called “Tail Wagging Tales.” Intuitive Sweet Dee sensed her owner having a heart attack and ran upstairs to alert his wife so that she could call an ambulance.

What do each of these brave dogs have in common?

There are thousands of pit bulls whose recorded rescue stories and acts of kindness range from loyal pet, to extraordinary acts of heroism — in fact, there are so many stories that BSL compiled an entire list of pit bull hero pages. These are the dogs who have selflessly defended their families from crimes, saved other animals from harrowing situations, and pulled their human companions to safety in times of danger.

Sadly, despite their beauty and heroism, the media storm against pit bulls has been raging for over 30 years, perpetuated by a barrage of media coverage and the barbaric practice of dog fighting as an underground sport and form of entertainment. With pit bulls specifically being bred and used for such illicit and dangerous practices, it’s no wonder that the breed gets a bad rap — yet, at their core, pit bulls are no different than any other dog, and are just as deserving of loving homes despite their “less adoptable” status.

But key to understanding pit bulls and what makes them such a special breed is likewise understanding where they came from and how the public perception has shifted over the decades. 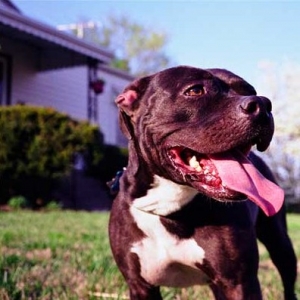 History of Pit Bulls: From Family Dog to Scapegoat

The term “pit bull” is a confusing one. Many people are surprised to learn that a pit bull isn’t actually a dog breed; rather, it’s a generic term that can refer to as many as five different dog breeds—and all mixes of these breeds. The best and most identifiable definition of a “pit bull” typically refers to two breeds: the American Pit Bull Terrier and the American Staffordshire Terrier. Other breeds such as the Bull Terrier, the Staffordshire Bull Terrier and the American Bulldog are sometimes added to this group because they share a similar large head and body build.

Today’s pit bull is a descendant of the original English bull-baiting dog—a dog that was bred and trained to bite and hold bulls, bears, and other large animals around the face and head. This unacceptably cruel sport and form of crowd-drawing resulted in millions of dogs being gored to death. When baiting large animals was outlawed in the 1800s, people turned instead to fighting their dogs against each other. These larger, slower bull-baiting dogs were crossed with smaller, quicker terriers to produce a more agile and athletic dog for fighting other dogs.

It is because of this unique history that pit bulls are often touted as dangerous in the media — their trait-specific bite strength is top of the charts, and thus when the rare pit bull incident occurs, it is often more severe than ordinary dog bite cases. As a result, these cases are more highly publicized. Additionally, pit bulls in the hands of the wrong groups has only perpetuated a fear of the breed and provoked a number of recent breed-specific legislation movements across the country.

But before this shift, pit bull terriers (like the infamous  “Petey” from The Little Rascals) enjoyed centuries with a reputation for being highly family-friendly, often labeled as a “nanny dog.” But that position changed dramatically in the 1980s when dog fighting saw an unrivaled resurgence in America. The breed quickly came to represent aggression and masculinity, thus becoming the preferred status symbol for drug dealers and gang affiliates.

Popularity for pit bulls in low-income, urban areas skyrocketed with this resurgence, but the dangerous combination of socio-economic factors and overpopulation has resulted in an unprecedented number of unfixed, untrained, and undocumented pit bull-type dogs across the country. Today, pit bulls and pit bull mixes represent over 90 percent of the stray dog population, as well as the vast majority of the dog fighting population in part due to the publication of training manuals that glorified the practice of breeding and fighting pit bulls specifically.

When discussing the public opinion of pit bulls in America, there are two extremes: one side that says pit bulls are a danger to others and should be banned, while the other says that pit bulls are an ideal breed that would never harm anyone. The reality is in the middle, depending on training, former ownership, and the natural temperament of each individual animal. For this reason, pit bull ownership is a responsibility not to be taken lightly. While pit bulls make great family companions under the care of responsible pet ownership, they require intelligent, consistent, and dedicated care. Sadly, far too many people obtain these dogs for the wrong reasons or have little understanding on the inherent traits this breed possesses which can have unfortunate consequences. 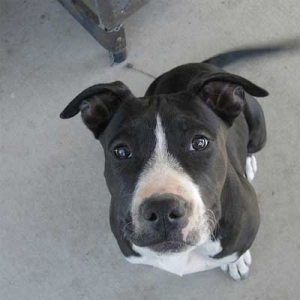 Dog fighting is a horrific, illegal bloodsport that involves two or more dogs set against one another in a competition — often to the death. Oftentimes, smaller, less formidable dogs are even placed into the fighting ring as “bait dogs” to get the competitors riled up and ready to fight.

But if there’s one thing the Michael Vick scandal of 2013 accomplished, it was that it brought national attention to the prominence of dog fighting as a barbaric bloodsport. Although there are no official statistics, due to its secretive nature, there are an estimated 40,000 dog fighters in the U.S. alone, and over 150,000 participants.

For at least 6 years, the celebrated NFL quarterback ran an an underground dog fighting operation on his Virginia property and even took part in the events and the torturous killing of losing dogs. His public arrest and conviction cost him millions and shined a light on the under-reported and brutal practice. Vick’s ‘Bad Newz Kennels’ housed at least 51 dogs who were seized by authorities. Fortunately, nearly all were either adopted or placed into temporary foster care for behavioral rehabilitation — many even went on to become therapy dogs. The whole story is documented in Jim Gorant’s book The Lost Dogs.

For more information, the ASPCA is heavily involved in the disbanding of dog fighting organizations and has a page dedicated to anti-dog fighting education.

Cities are gradually lifting bans that have kept pit bulls at bay in some cases for more than two decades. Municipalities in Michigan and Kansas have recently overturned sanctions, and one Colorado city is talking about tossing a 25-year code. But there is still a long ways to go: a quick search of petitions on Change.org will turn up hundreds looking to overturn individual, local, and state-wide breed bans.

Although it’s illegal for property managers to discriminate against potential tenants, it’s a much different story for man’s best friend, especially if that best friend happens to be a pit bull mix. At their own discretion, landlords and management companies are able to ban breeds they consider dangerous or aggressive for both liability and renter safety reasons.

While most housing ads do not specifically state exceptions for pit bulls in their pet policies, many do state that “breed restrictions apply.” With vague wording such as this, it can be possible to take steps to ensure your dog is allowed. Check out BAD RAP’s Renting with Your Dog page for helpful tips on how to find pit bull-friendly housing, or how to negotiate with wary property owners. A combination of pet and renter’s insurance is often enough to sway an independent landlord not under contract restrictions.

If you are a homeowner and are looking for an insurance company that doesn’t discriminate against dogs on the basis of breed, take a look at this handy list from BAD RAP.

“This concept that aggression can be traced back to specific breeds is the folklore of a criminal subculture. This is not an idea that exists in science.” –Janis Bradley

According to independent statistics gathered by The Examiner, only 1 in 600 pit bulls will find a home. While the latest reports show that pit bull attitudes are changing, and that the root of the pit bull issue is in fact a numbers problem, there is still a clear and present fear of pit bull mixes in many Americans. Despite the science and millions of personal accounts from happy pit bull owners, sites like Dogsbite.org, various Facebook pages, and even PETA have fought voraciously against pit bulls in an effort to combat America’s shift towards re-embracing the breed. It’s a complex and oftentimes confusing battle that only hurts the dogs themselves. Fortunately, as the video by ReasonTV shows, these victims of media spectacle and the blame-game are in fact loving members of households across the globe, and have been for centuries:

For more convincing, check out I’m a Good Dog for beautiful imagery and stories about pit bull companions across the globe.

Today, pit bulls are banned in cities across 12 states, with looser breed-specific legislation being enforced in 41 states. The media war rages on, but a number of organizations and special projects are tackling the stigma against pit bulls en force, working around the clock to address and negate misinformation about these dogs, and help them find safe, loving homes. 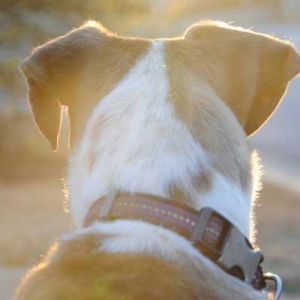 October is National Pit Bull Awareness Month, and many shelters, rescue organizations, and breed clubs hold special events throughout the month in order to spotlight pibbles, provide information about adoption and responsible ownership, and promote the truth about pit bull safety.

Knowing the history of these wonderful dogs and everything that they are up against, it becomes even more important to ensure that every pit bull has a future: a future home, a future family, and a happy ending — all of which are things that KirinGie.Me is fighting valiantly for.

Your pet has history, but more importantly, they have a story. We want to hear it.

An online space where pet owners create their pet’s profile. Why? Because pictures and videos of the pets we love can tell a story that does them justice. A KirinGie.Me pet profile can serve as our memory lane, or be used as a quick, shareable reference if our pet is lost, or a future landlord is on the fence, an opportunity for neighbors to get acquainted, get together and socialize, or if the human / pet relationship doesn’t work out, or life takes the wrong turn where rehoming is the only choice…this profile becomes a treasure trove for the community and an animal shelter to do right by the pets we care about.

If this vision is something you can see yourself supporting, subscribe and stay tuned.