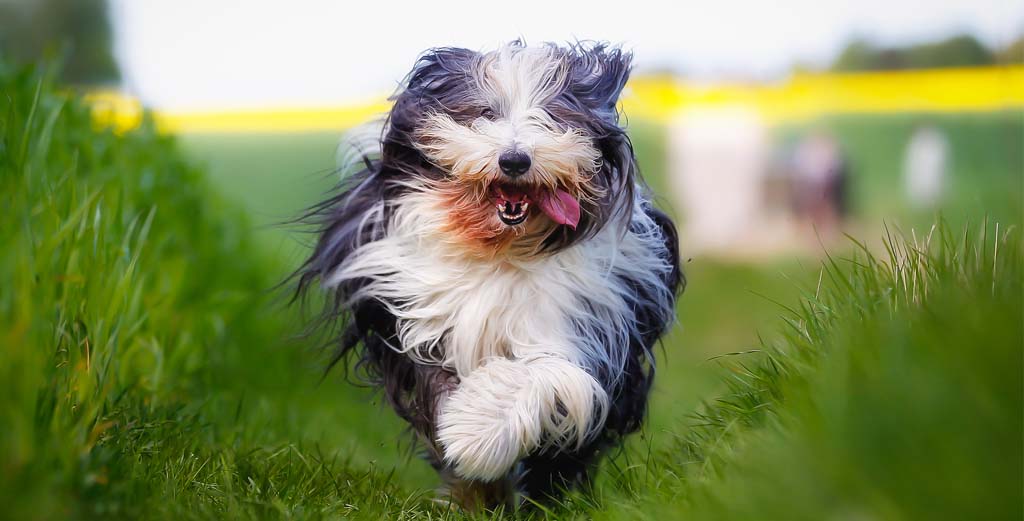 Sometimes, bad hair days are just the next big fashion trend before its time.

While many cat and dog breeds require special maintenance to keep their manes looking luxurious, for the most part, pets and their ‘dos are 100% au naturale year-round. And we love it. Even when it turns out awesome James Bond-worthy ensemble into a yeti-inspired frock. 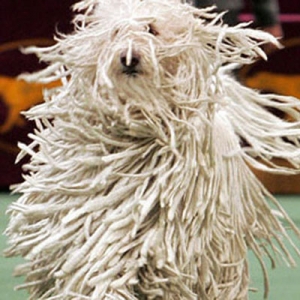 Originally from Hungary where they were used as sheep dogs, the Komondor as a breed is extremely rare, but well-known for their appearance. With wiry fur that grows in natural dreadlocks to give them a mop-like appearance, a Komondor’s hair alone can weigh up to 50 pounds, making it the heaviest fur in the world. A similar breed, the Puli, was often the lookout on sheep operations as their black coats could be more clearly seen by a shepherd, while the Komondor operated as the herd dog, blending in with the sheep.

Kyra, one of Britain’s few remaining Komondors at the time, became internationally recognized in 2008 when she gave birth to a large litter of 9 pups, earning the breed much-needed recognition. 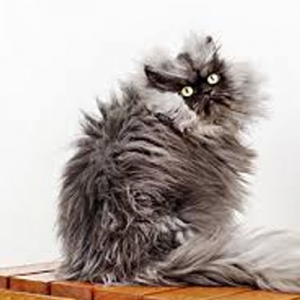 Colonel Meow earned his place in the Guinness World Records for having the longest fur on a cat, which was meticulously measured at around 9 inches per strand. Beloved across the internet as the fluffier, more menacing version of Grumpy Cat, Colonel Meow became even more of a celebrity with the launch of his own Facebook page and Instagram account. Himalayans and Persians are both naturally long-haired cat breeds, but Col. Meow’s extra poofy locks seemed destined to launch him into the spotlight up until his passing in 2014. 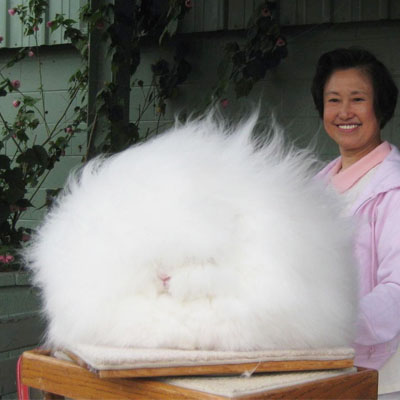 Betty Chu, a former professor at San Jose University, has been making headlines recently with her perfectly coiffed show Angora rabbits. Yababoon,  the most infamous of which, has become a bit of an internet sensation. But Chu also shows a number of her other pet Angoras, each with their own name and story: Ida, McKenzie, and Jovanna have all won prizes at the NCAG, but for Chu it isn’t about winning. “Raising and showing Angoras is my hobby and my passion,” she says. That’s why these walking (hopping) cotton balls enjoy plenty of free time in the great California outdoors, and both socializing and exercising in groups. What a life. 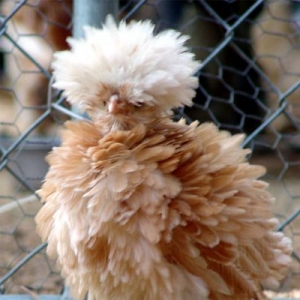 While Minnie Pearl hasn’t been skyrocketed into fame yet, Buff-Laced Chickens are like the Bob Ross of the poultry world and have been stealing the show for quite some time. Like a bad 80’s movie crossed with some extra business up front and party in the back, these proud birds are almost preposterous with how fluffy they are. Polish are a very special and unique breed of chicken with their huge bouffant crest of feathers and v-shaped comb. They are tame but their behavior can be a bit erratic since their crest limits their vision, making them primarily pet birds and pest control monitors, rather than laying hens. Of course, feathers aren’t quite the same as hair, but close enough for No-Shave November. 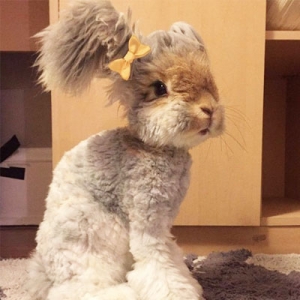 With over 200,000 followers and counting, Wally — an Angora bunny from from Massachusetts — is the same breed of rabbit as Yababoon, but with his luxurious mane neatly trimmed for less maintenance. Instead, it is his ears that make the statement. Since Angora rabbits are known for their long, soft fur, many people don’t realize how large this bunny breed actually is, but Wally’s prominent ears are a friendly (and eye-catching) reminder. Wally’s owner has said that she keeps him shaved because he would become extremely anxious when being groomed — a necessary task to maintain the pristine and poofy fur Angoras are known for. So, with the thought of aesthetic pampering in his past, Wally literally rocks No-Shave November 365 days a year, and showcases his bunny antics and outfits via social media for the world to see and “awww” over. 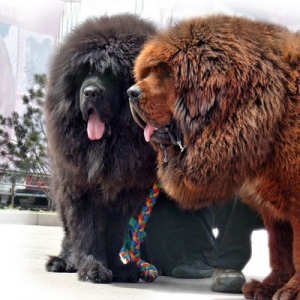 The Tibetan Mastiff — a working, mountain breed which many traditional Chinese folk claim is part lion — has a rich history, much like its jungle feline counterpart. Similar in stature and size to a Newfoundland but with a “mane” that can come in a variety of colors, Tibetan Mastiffs were once prized by the wealthy as a status symbol, and earliest written accounts place them in China around 1100 BC. So prized were they, in fact, that Big Splash held the record as the most expensive dog in history when he was sold for $1.5 Million, until 2011 when two twin Tibetan Mastiff pups were sold for an estimated $2 Million. Although accounts (and conversion rates) conflict, many agree that the numbers are hyped to encourage bidding. Sadly, as a product of China’s consumerist culture and the practice of puppy breeding bred across the globe, the outlook of these majestic dogs has changed dramatically as the fad has died out and forced many into the meat market. 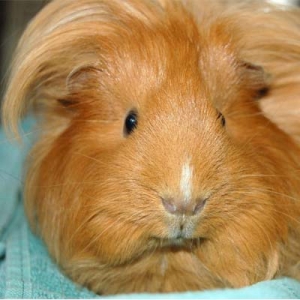 Donald Trump would be proud. Believe it or not, guinea pigs come in a number of breeds, including multiple long-haired and curly species, but Tango was a bit of a surprise; his owner was expecting a short-hair. Apparently Tango didn’t get that memo. Silkies and their longer-coated sister breed, the Peruvian, require daily brushings, as the longest recorded guinea pig mane reached an incredible 20 inches. 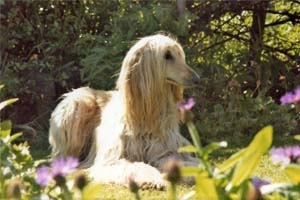 That awkward moment when your dog is more photogenic than you’ll ever be, and has more good hair days than you could ever hope for. Sigh. Props to you, fair pooch! May your mane forever glow in the sunlight.

Do you have any pets with super-fetch hair? Let us know in the comments!